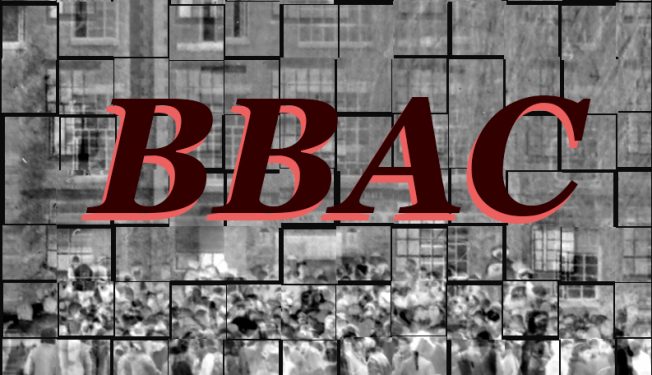 In the Fall of 2015 there was a direct action student protest known as #FordHall2015 (FH15), in which Black Brandeis University students convened in the Bernstein Marcus administrative building for what became a 13 day sit-in. The following year some members of that action, Queen White ‘16, Chari Calloway ‘20, and Wil Jones ‘18 along with Brandeis alumna Micha Broadnax ‘12 and the University Archivist Maggie McNeely, came together to form what would later be called the Brandeis BLK Archives Collective. The intention of the group was to remedy the lack of archival material featuring the history of marginalized groups at Brandeis. Questions were raised on the proper handling of these materials by a white institution as well as providing access to these materials to the communities from which they came. The most immediate concern was properly documenting the Ford Hall movements within an institution and profession which is heavily dominated by white histories.

This is an overview of the projects and accomplishments of that group thus far:

September 2016 – Students and Alumni of Color and the University Archivist began a series of virtual collaboration meetings. The meetings covered a broad list of concerns, and led to mutual learning and brainstorming. Students volunteered many hours of their time to guide the trajectory of future work.

October 2016 – Group discussions began to center around criticism of some archival practices which can be seen as erasing identities and further marginalizing voices that most need to be amplified. One such practice is the naming of collections after a donor, regardless of their involvement (or lack of) in the context of the material. This issue came up specifically with the majority of materials on Ford Hall 1969, which brought concerns that if a collector “owns” the materials they also own the conversation about the materials. No changes could be made to the current collection names, but it is a subject of continual critical thought and a consideration for future practice. The group also named increasing wider accessibility to these materials as a high priority.

December 2016 – About 17 students and staff attended an evening conversation and brainstorming session in the Archives run by FH15 students. Attendees understood the importance of this work and why archiving is important, but also expressed need for ownership in the process. Particular concerns included not knowing what is in the archive now, and that it functions as a sort of hidden silo. During this meeting the idea to create an online portal was born.

February 2017 – Two FH15 members were hired at the University Archives in order to compensate some of the labor. The new student position was titled “University Archives Student Assistant and Liaison” and Aja Antoine ‘17 and Mercedes Hall ‘17 filled those positions. The hired students took on planning and implementing projects identified by the larger group. The first project was an exhibit of archival materials related to Black life at Brandeis, featured in two cases in the library.

March 2017 – The need for a group name was raised. The “Brandeis BLK Archives Collective” (BBAC) was decided on. While the group did not want to rule out future projects featuring all students of Color, the group wanted to place focus on the Ford Hall movements which centered on Black students at Brandeis. It was important to acknowledge the contribution of Black students to the collective history of Brandeis.

March 2017 – On March 23rd and 24th the African and African American Studies Department at Brandeis (AAAS) sponsored a symposium called “Black Lives Matter: Local Movements Global Futures”. The BBAC was asked to open the conference and did a presentation titled Black Lives in the Archives. BBAC students presented critical analyses of Black representation in archives and historical narratives. The students explained the mission of the BBAC and had participants engage in an interactive exercise to examine and respond to archival documents about the Ford Hall takeover of 1969.

April 2017 – Resulting from outreach efforts with the Intercultural Center the BBAC was invited to participate in the Center’s 25th anniversary. The BBAC decided to interview willing alumni returning for this event. The Archives now streams this video of seven Alumni of Color discussing their experiences at Brandeis.

May 2017 – After the graduation of the first two Student Liaisons two new students, Marian Gardner ‘18 and Wil Jones ‘18, were hired. This crew would shift all attention to the creation of an online portal to feature archival material which reflected on Black history at Brandeis.

June 2017 – Student Liaisons began to survey the campus community on the proposed timeline, asking about how the project could be handled responsibly and with sensitivity. The group attended Reunion of Color events and learned about the Communities of Color that have existed at Brandeis throughout its history. Brandeis faculty and staff were also consulted.

May 2018 – One year after the project began, the Black Space Portal was launched to the public. The focus was the creation of a good landing web page which could host future projects in addition to the first content-based project. The first chosen project was an interactive timeline dedicated to honoring the participants of the Ford Hall 1969 movement and their work. The Portal was released to the public May 11, 2018.

February 2019 – The Brandeis University African and African American Studies Department (AAAS) celebrated their 50th anniversary on February 8 and 9th. Several BBAC members returned to campus to experience the commemoration which was packed full of excellent speakers and panelists. The University Archives staff held an exhibit in the reading room called Black Student Activism: Ford Hall and Beyond, and had the pleasure of hosting many visitors from across campus, including Ford Hall 1969 takeover participants. A few were surprised to see materials that they had personally authored during their efforts to support the creation of the AAAS Department.

May 2019 – The Black Brandeis, Black History timeline is launched on the Portal. That spring semester Professor Chad Williams’ AAAS 130B taught the first Black Brandeis, Black History course, and he focused part of that class on a Portal timeline project of the same title. Archives staff organized the project and Archives Assistant Raina McKinley Terry built the timeline using the Timeline JS tool. Each entry featured the research of a group of students from the class. 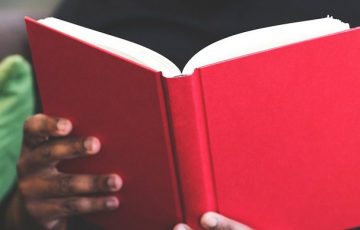